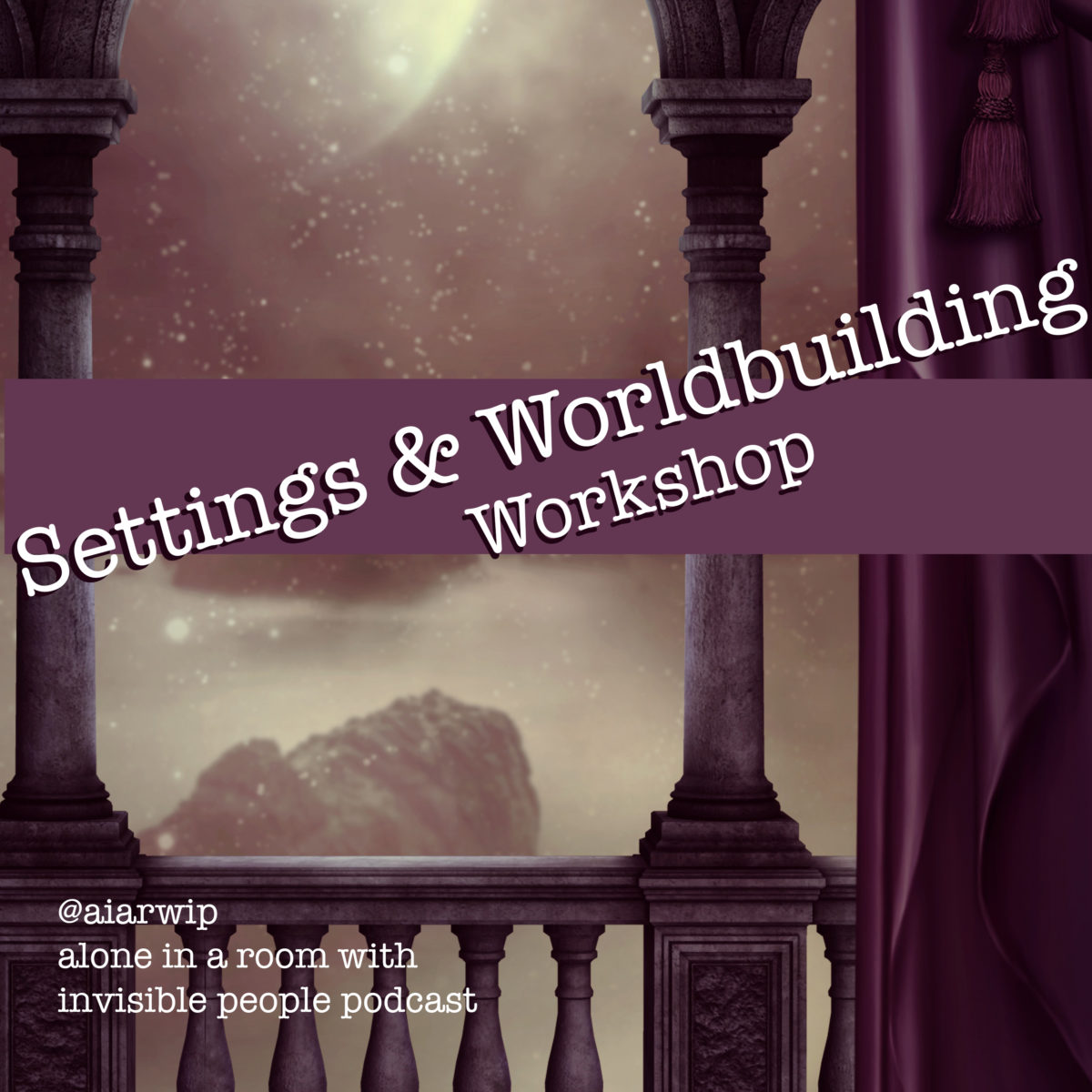 Alone in a Room with Invisible People is a podcast focusing on topics related to writing, revising and publishing fiction.

In this episode, host Rebecca Galardo discusses the topic of Settings and Worldbuilding with Author and Teacher Holly Lisle. They cover world building done right, why this is a crucial – and often overlooked – part of every well written story, how to start world building quickly and the questions to ask yourself.

Mentioned in the Podcast

5 thoughts on “Episode 07: Settings and Worldbuilding”

Feel free to comment with your Questions or Requests for future show topics.

If you wish to reach out to us privately you may do so at either of the following email addresses:

Love the Podcast? Consider Supporting Us!

If you enjoy our podcast please rate us – especially on iTunes – as it helps us to reach more awesome people.

Email us at show@alonewithinvisiblepeople.com

Thanks for subscribing! Please check your email for further instructions.